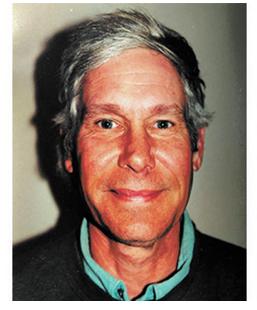 Surrounded by family and friends, Sam G. Howell of Duluth passed away on Tuesday July 10, 2018 at St. Luke's Hospital. Sam is a loving father who, throughout his life, enjoyed spending time in the wilderness, raising golden retrievers, and cheering on the Minnesota Vikings. As a youth, Sam spent his summers at YMCA Camp Menogyn, canoeing across the Boundary Waters Canoe Area and the Arctic Circle. Later he was also a canoe guide for Menogyn in the late 60's and early 70's. Sam's deep love for Menogyn and nature was passed on to his children, Cory and Tobin Dack of Duluth. A memorial for Sam was held on July 14, 2018 in the Leif Erikson Rose Garden. Many people came out to celebrate Sam's life and to speak on the ways in which his kindness, gentleness, and selflessness had impacted all of their lives through the years. Sam is survived by his two children, Cory and Tobin of Duluth; his sister Libby Howell and his niece Ashley Chatfield of Chandler, AZ; his aunt Maryann Porter of Sterling, VA; his brother Carter Howell of Ocean City, MD; his niece Katie Keller of Steamboat Springs, CO.; his nephew Coby Howell of Hood River, OR; and by many friends from across the country. He was preceded in death by his twin sister Suzanne Howell of Largo, FL in 2012, and by his parents Carter Howell and Elizabeth Rukstad. Sam's memory lives on in the hearts and souls of all who knew and loved him. Happy Trails, Daddy! Until we meet again.